Much research has been undertaken since my last post, not least by me....

A quite lengthy discussion of the issue (acrylic paint lifting from the surface) has been going on at Painters-Online (www.painters-online.co.uk) but it might help to summarize the main points here.


Posted by Robert's reflections at 14:18 No comments:

This is another version of my dream house - i.e. a building I've dreamt about now on several occasions; its architecture varies a bit from time to time: it's gained a pediment this time round - but its desolation is fairly consistent.

A word of warning while I'm at it.  I used a fine-grained acrylic paint for this, one I've used many times before and which gives me usually good results.  On this occasion, there was a problem - the painting is not quite the same now, although the differences are minor, as it appears here.   When I went to varnish it, some of the paint actually lifted, and smeared - most of the picture was fine, but the damage occurred on the lit part of the pediment, and parts of the tree.

I'm in discussion with the paint company about why this might have occurred with paint which had never given me this trouble before, but I don't believe it was a batch problem, as I've used this specific pot before, several times.

What I  THINK happened is this: I nearly always use only water as a medium with acrylic paint; this particular product can be diluted a great deal while still maintaining pigment strength, but there is a limit to how far you can dilute acrylic without the paint becoming under-bound (i.e. its "stickiness" is compromised).  This is likely to be all the more true if one's painting on a canvas-covered board, as I was, for several reasons: one, while the paint will dry reliably quickly on a stretched canvas, as it's exposed to the air front and back, and on paper (watercolour or acrylic paper) it can actually take longer on a heavy board - it will look dry, and feel dry, but it might not have proved throughout; especially if the weather is cold and damp.

It might have been safer if I'd waited at least a week before trying to varnish it - as it was, the quite soupy (thick, sticky) varnish and the bristle brush with which I applied it just pulled paint off the surface (and caused me to squeal somewhat.....).

I'll post  any further suggestions I might receive from the company.  As for the painting - here it be. 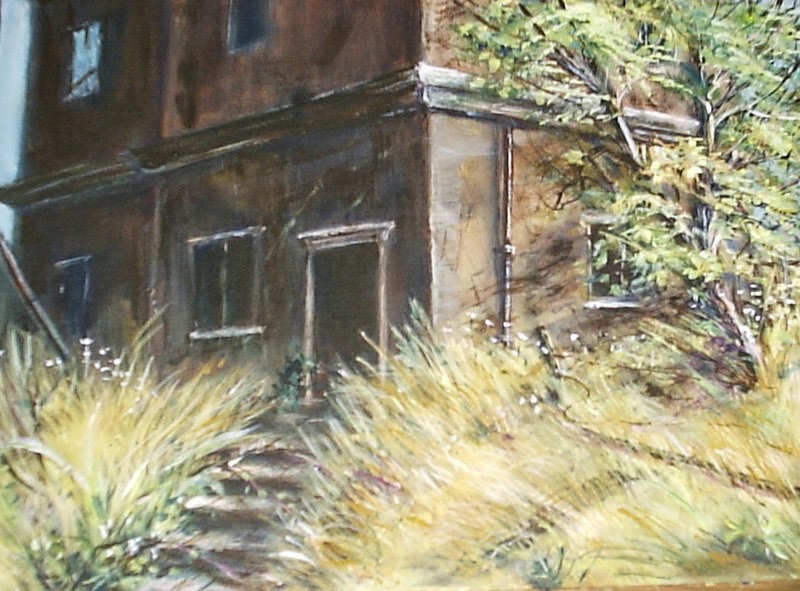 Posted by Robert's reflections at 11:00 No comments:

First, sorry that the last post was hard to read - I may delete it in a while, but it was something I needed to get off my chest, and I'm not too good at cut and paste.

Secondly, and speaking of getting things off my chest, while some people like to listen to Carols at Christmas and to read festive literature, I celebrated New Year's Eve by re-reading Bram Stoker's Dracula - an infuriating novel in many ways, but retaining a distinct power of chill.

Having read it, I got two images in my mind: one of Dracula's castle, and the second of the boy himself - not the usual image of him portrayed in nearly all the films: first Max Schreck in Nosferatu, then Bela Lugosi in the 1931 film, Christopher Lee - Lugosi's character, with added gore - Klaus Kinski (reverting to Max Schreck's performance), and of course numerous others, ending with Francis Ford Coppola's film, which was closer to the book than some of the others, but created a character in Dracula that came out of Gawd knows where.  (Well played though by Gary Oldman: we'll pass lightly over Keanu Reeve's English accent, achieved presumably with a mouth full of golf balls.)

The Dracula of Stoker's novel looks nothing like any of these personations - and it was Stoker's Dracula I drew: or rather, sketched; or even scribbled....  My favourite screen Dracula remains Bela Lugosi, but actually the character described so completely in the novel is a great deal more sinister than any portrayal so far shown.

These are not tremendously serious drawings, in short, but better out than in - so here they are.  Pen sketches in both cases. 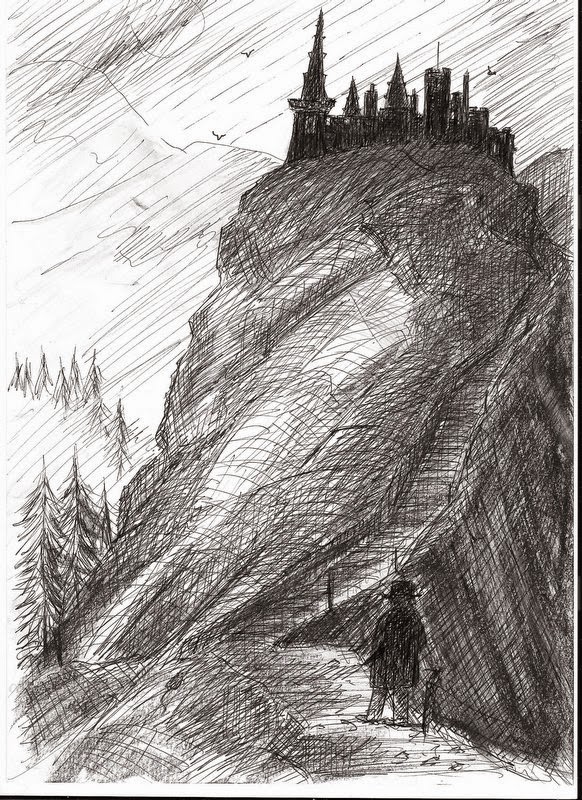 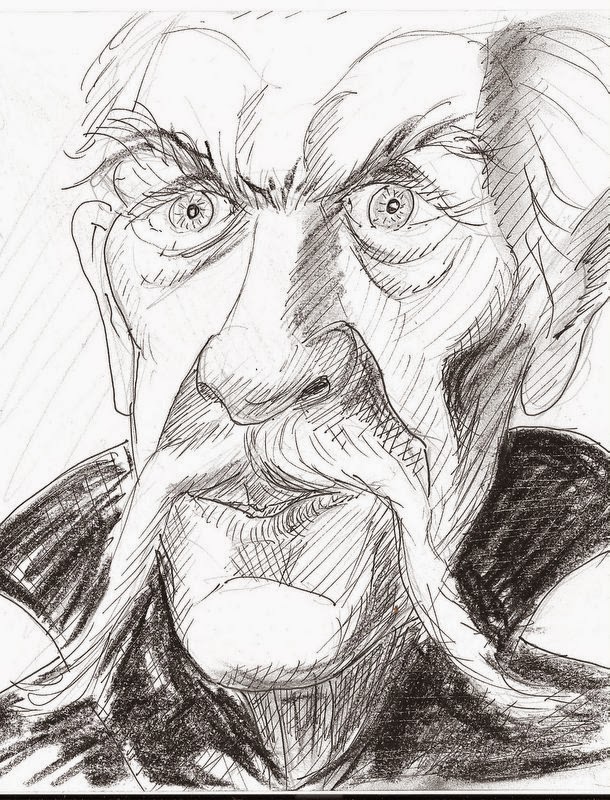 Posted by Robert's reflections at 15:02 No comments: