The Work In Progress Progressed - I hope

Here is the former WIP, with a bit of glazing and some sharper details.

Again, I think I shall avoid tube greens next time - on the whole at least; and certainly avoid Pthalo Green.... I am not a devotee. 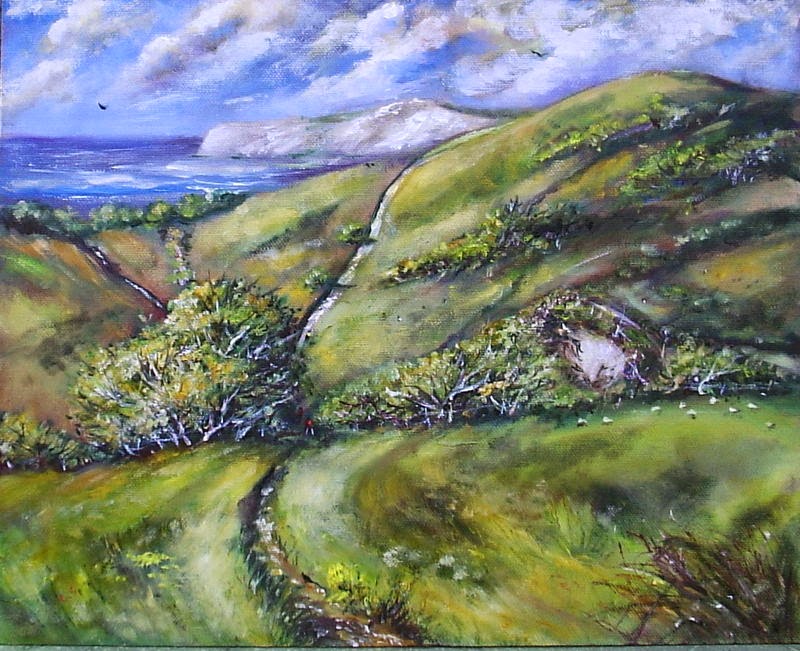 Posted by Robert's reflections at 06:36 No comments:

Another WIP - love that word - a fairly large oil (40 by 50cm) on rough linen on board.  This is based on Afton Down, at Freshwater on the Isle of Wight: I say based, because I don't see any point in producing very accurate landscapes: a photograph is better at that - but this is somewhat more accurate than I actually like to paint....  I tried to veer away from the actualité, but found myself drifting back to it.

Lots of glazing to be done, plus the fiddly bits - for those into painting in oils, I used Pthalo Green, because I was lazy: better to mix your greens, and I wish I had, because the wretched stuff permeates everything.  I OUGHT to  throw the tube away and never buy another, but on the one hand it does have its uses (makes an excellent black, mixed with red, and cool greys if you add white)  and on the other I'm as mean as sin: so until the tube is exhausted I know I shall keep using it.

There's nothing wrong with a ready-made green, in certain circumstances - a permanent Sap Green (they aren't ALL permanent: check the rating) can be pleasant, mixed with yellows, reds or even blue, and Viridian, though more expensive than Pthalo Green if it's the real thing, while hideous on its own and suitable, as someone said, only for painting park benches, is softer than Pthalo and mixes more satisfactorily.  Terre Verte, which has very low tinting strength, also has its place, as does the rather expensive Cobalt Green.

I suggest you avoid most of the others you're likely to encounter, at least if trying to paint in Britain and Europe - Emerald Green, Cadmium Green, Prussian, Chrome, and Alizarin Green (the last three quite difficult to find, in any case) are more suited to tropical vegetation.  And although I know a lot of people use Olive Green, I find it a colour of peculiar hideousness - there are many different types, it's a nondescript colour based on mixes particular to each manufacturer, but so far as I'm concerned all of them are vile.

And I can mix Vile myself, without actually buying it ..... 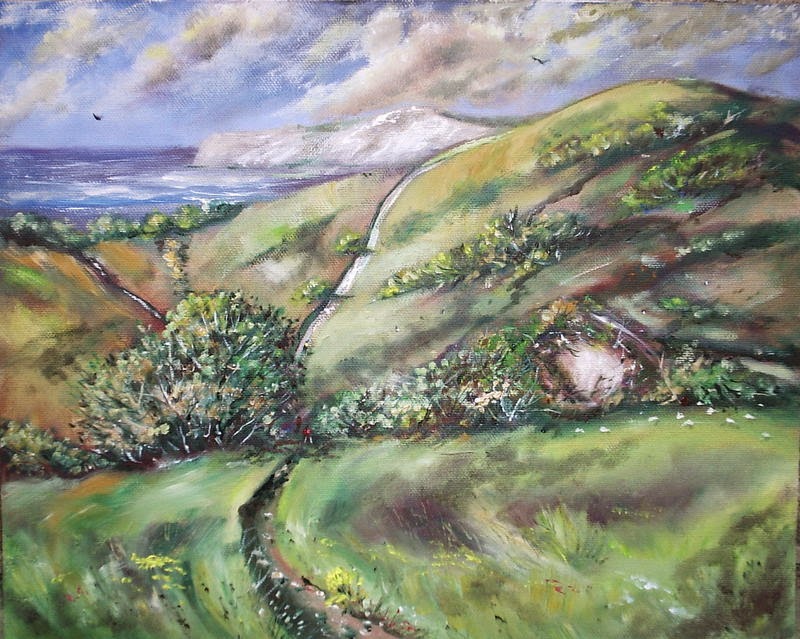 Posted by Robert's reflections at 12:23 No comments: